It’s been a big year for the big two. But imagine, for a moment, a world in which neither FIFA 19 nor PES 2019 exist. Now stay in that moment for a few seconds. Note that gravity remains intact. The air outside is breathable. And Raheem Sterling still can’t stop scoring against Bournemouth. Not bad, eh?

Now say you want to stay in that world and survive without footballing’s two digital heavyweights. How exactly do you go about this? By instead applying your virtual skills to any, or all, of the 11 games below. Here GR+ presents an ultimate team made up of title outsiders: the Everton and Leicester City and – dare I write it? – Tottenham Hotspur of virtual sports. Beginning with the football game many argue is even better than FIFA or PES… 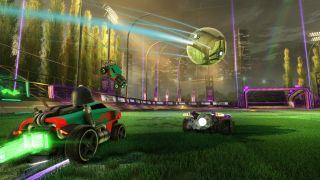 It’s become an annual GR tradition that a selection of readers respond to our FIFA and PES reviews along the lines of ‘who cares? Rocket League is better than both’. That view is echoed across the internet, as addictions to Psyonix’s electric football-driving hybrid show no signs of being cured. Not that the afflicted would wish them to be. The League’s acrobatic, boost-powered online matches always deliver physics-defying goals and headset-dirtying swears, with one rule enduring above all others since its 2015 release: you never, ever, ever go to bed on a defeat. 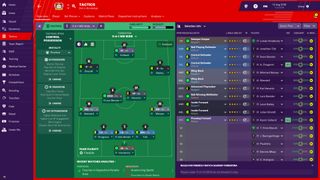 The Old Lady of dugout sims – by which I mean she’s as fabled as Juventus, rather than an incontinent mess. To have never played Football Manager or ‘ChampMan’ is to have completely skipped your education in the sport, with the credentials of many a keyboard know-all (a term I use affectionately, as I am one) developed by a 2am just-one-more-game session. In its modern guise virtual social media feeds, sports scientists and endless data analysis can overwhelm the casual fan, but that’s where Football Manager Mobile comes in; a simplified iOS and Android equivalent that cutely harks back to the late ‘90s originals. It’s the one elite boss to have outlasted Alex Ferguson, which says all you need to know of its brilliance. 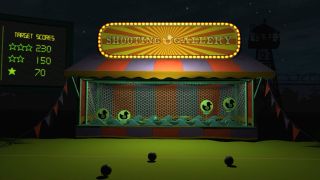 Not a sequel to Rockstar PS2 favourite Bully (AKA Canis Canem Edit) played from a teacher’s perspective, but a PS VR game in which you do nothing other than head footballs towards goal. If that makes it sound like a shooting gallery tech demo then prepare to be very pleasantly surprised: elements involving crash test dummies, explosives and stuff you’d usually see at a Saturday night funfair shatter expectations, and deliver PS4’s most unconventional football experience. 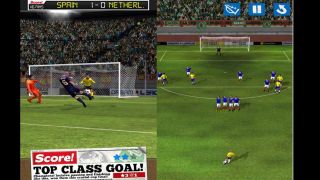 A little bit puzzler, a little bit history test, a little bit old-school footy sim – hence its placing here – Score World Goals tasks you with re-enacting some of the most memorable strikes in the sport’s history, such as Roberto Carlos’ legendary banana-wallop against France. Ingenuously, you draw each goal by swiping your tablet to dictate the ball’s path; but timing is critical, as team-mates, defenders and keeper all move around you. There’s an art not only to re-tracing the ball’s flight, but also the tempo of build-up play. I’m nowhere near completing it, but its creators boast of more than 1,000 goals being unlockable. 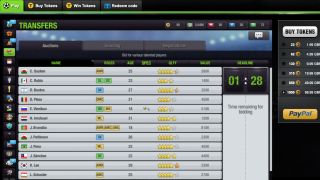 Now coming up to its ninth year, Top Eleven claims to be the most played online football-management sim ever; and while it can’t compete with Football Manager for depth, it’s easy to see why. This is free to play via your internet browser, and setting up matches against mates is as simple as signing in via Facebook. Curiously, though, it’s a game that prioritises training as much as it does tactics; the more time you spend putting your fictional squad through its paces in the build up to each fixture, the better your abilities – and your players’ – become. Perhaps not a game for Man City fans, though, given that it’s emblazoned with Jose Mourinho’s face throughout. 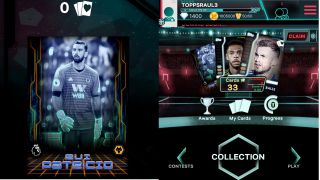 The modern equivalent of collecting stickers to plug wonkily into a Panini album, without the threat of dropping your swaps all over the playground and triggering ‘scramble rules’. Every side from the Premier League and Bundesliga is represented, with temptation coming in the form of limited-edition releases and the opportunity to trade with other human players. Three fun mini-games, the best of which pits sets of cards against one another Top-Trumps-style, offer ample opportunity to score coins which can then be reinvested in packs, while in-game currency is also earned by watching videos and downloading other suggested apps. A likeable twist on a longstanding fan tradition. 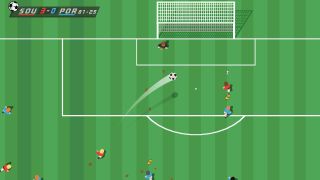 A modern reinterpretation of top-down ‘90s classics such as Microprose Soccer, Kick Off, and Sensible Soccer. It’s not cheap at $9.99/£6.99, but the game knows its past and audience, delivering what it calls ‘Slow-Mo-Banana-Bending-Technology’, and is being constantly updated, with regular dev insights on its progress thanks to Steam’s Early Access programme. Its ever-growing list of match modifiers keeps it fresh, too, with fixtures affected by the addition of bouncy walls and teleporters. All it’s missing is a console release. Fingers and toes crossed for 2019. 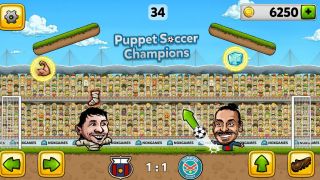 If, as a kid, you ever stood at one end of a pitch/playground/common playing ‘long shots’ against a mate this will cause happy memories to flood back. Played horizontally across a 2D pitch it’s you, as a comical representation of a real player, versus the AI, with four control buttons: left, right, jump, and kick. Its simplicity is its majesty; like Street Fighter it’s played against a clock counting down from 100, with whoever scores most goals in that time the winner. Power-up bubbles such as bigger balls and stronger kicks vary up matches smartly, and the later characters unlocked, including mega-headed versions of Wayne Rooney and David Beckham, reward extended play. 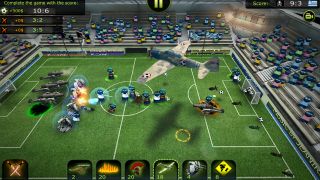 60 levels of “hilarious soccer chaos”, best suited to those who actively hate the sport – although footy fans with a sense of humour will enjoy this too. The object is still to score more goals than your AI, or online, opponent, but there are bigger obstacles to avoid than a bald-headed defender’s sharpened studs. Such as landmines, warplanes, oversized cows… it’s effectively side-on footy infused with elements of Worms. Five years after release you’d be mad to pay the full £9.99 for it, though: keep tabs until the next Steam sale and if its price drops, snap it up. 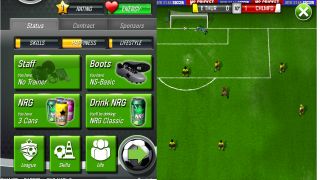 A superb mix of ‘Sensi’ elements – such as interactive top-down highlights, where you’re tasked with completing key passes or having shots at goal – and more unconventional RPG fare. Yes, I said RPG. Progress between matches requires the guzzling of energy drinks to stay healthy, investing in agents and trainers to help advance your career, and, like every Premier League prima donna, picking up garish boots that deliver extra swerve and other cool lifestyle items. What many don’t realise is that for all its recent success, NSS has been around since 2003; making it one of the wily old pros of this list. 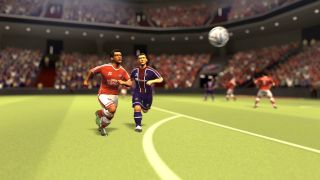 Despite abundant promise, Jon ‘Sensible Soccer’ Hare’s latest beautiful-game offering ran into some controversy in 2018. With updates to Sociable tailing off, dev Combo Breaker announced in August 2018 that it was switching focus to the mobile version to boost its short-term funds – and many Early Access supporters on Steam demanded their money back. At £14.99 that makes this something of a gamble; it’s still fun in PvP mode, but doesn’t feel like a completed game, and there’s now a question mark over whether it ever will be. Still worth a look for die-hard fans, but you may want to wait for a Steam sale first.

Days Gone: 5 things you need to know from that surprise reveal