Imitation is the laziest form of flattery.

We can’t blame filmmakers for looking at a movie’s success and wanting to replicate it, but things don’t always go according to plan.

What followers are the worst offenders – films that not only blatantly piggybacked on other films’ successes, but also failed to live up to the originals’ achievements.

1. Battleship (aka Not Transformers) 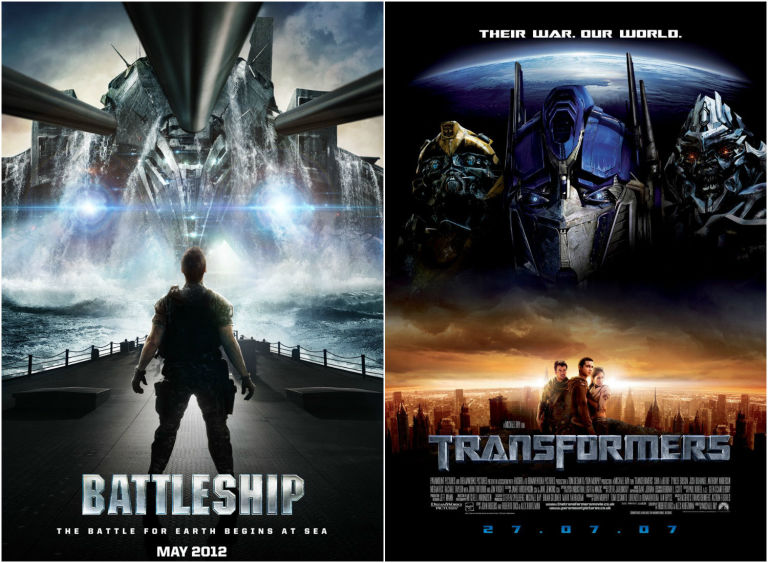 The makers of Battleship were hedging their bets with this stinker. We’ll base it on the classic board game (how?) and throw in some Transformers-like robots and put Rihanna in to get the kids.

What they didn’t count on is that no-one wanted a movie based on a game where two people sit sedately reading out coordinates and mutely muttering “hit”, “miss” and “you sank my battleship”, no matter how shamelessly and desperately it leaned on the “robots in disguise” angle.

The film didn’t quite lose money, but with six Golden Raspberry nominations and one win (sorry, Rihanna), no one mistook this for a “hit”.

2. Eragon (aka Not Lord of the Rings) 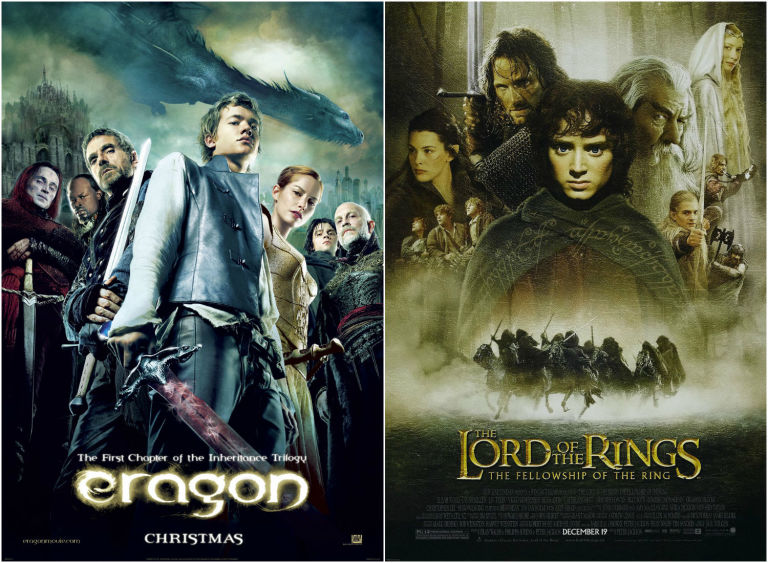 The source material for this film was a novel famously written by a teenage boy, so accusations of unoriginality probably shouldn’t come as too much of a surprise. Like 95% of post-Lord of the Rings fantasy, Eragon throws elves, dwarves, wizards and mythical monsters at the screen in a way that is more likely to lead to a headache than any sense of excitement.

With its farm boy chosen by destiny (and a wizardy old man) to lead the rebellion against an evil king, Eragon gets bonus points for also slavishly reproducing the plot of Star Wars. Although Fox optimistically marketed it as “The First Chapter of the Inheritance Trilogy”, the sequel (Fragon?) never materialised.

3. Percy Jackson and the Olympians series (aka Not the Harry Potter series) 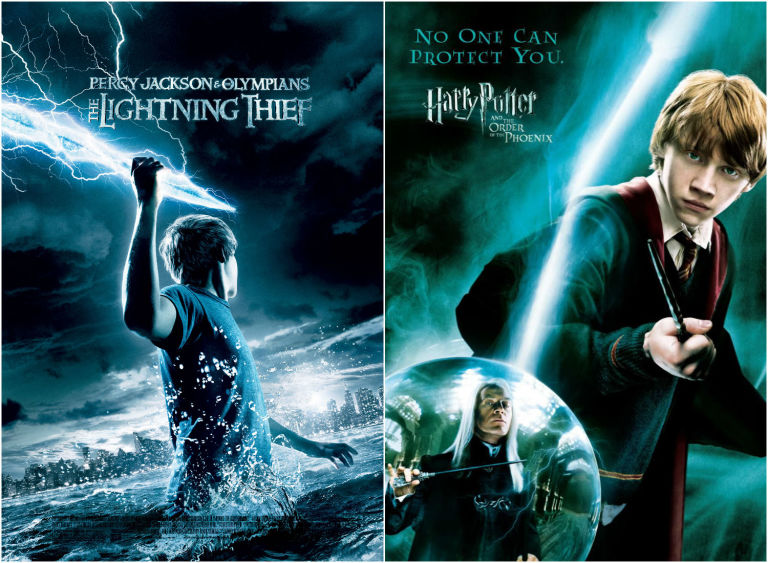 A young man with an utterly mundane name lives an ordinary, if not particularly happy life, until he discovers there is more to him than meets the eye when he unearths secret powers and is spirited away to a magical institution where he can finally be among his own kind. You think you know where this is going, but you don’t, because this isn’t Harry Potter but Percy Jackson, and his destination isn’t Hogwarts but Camp Half-Blood, where demigods go to learn their trade. Whatever that is.

The suspiciously similar posters for Percy Jackson and Harry Potter left no doubt of the former’s grand franchise intentions, but even bringing Philosopher’s Stone and Chamber of Secrets director Chris Columbus on board couldn’t score them more than two movies before the series sank deeper than the rivers of Hades.

4. Beautiful Creatures (aka Not Twilight) 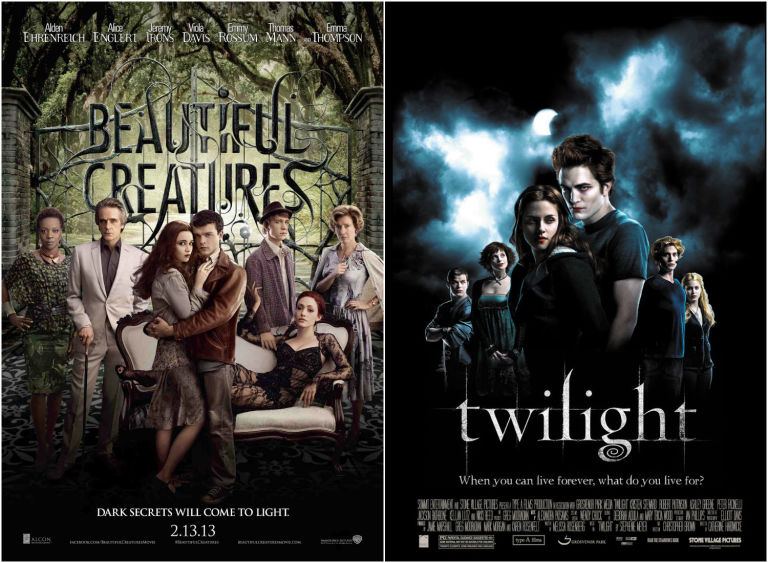 The problem with a lot of these ambitious but disastrous attempts to turn young adult novel success into YA movie success is that the romantically convoluted plots that readers love tend to make for horribly incomprehensible films.

Take Beautiful Creatures, whose star-crossed lovers Alice Englert and Alden Ehrenreich are a thousand times more charming than moody Kristen Stewart and Robert Pattinson. But a fun cast (including Emma Thompson, Jeremy Irons and Viola Davis chomping on the scenery) can’t make up for a basic storyline that will leave your head spinning.

‘A girl falls in love with a sparkly vampire’ has simplicity going for it, at least, especially compared to, ‘A boy falls in love with a young “caster”, a kind of witch who – on her 16th birthday – will either become certified “good” or go evil and mad and kill all humans.’

And that’s even before we get to Thompson possessing the floral dress-wearing town bigot.

5. I’ve Been Waiting For You (aka Not Scream) 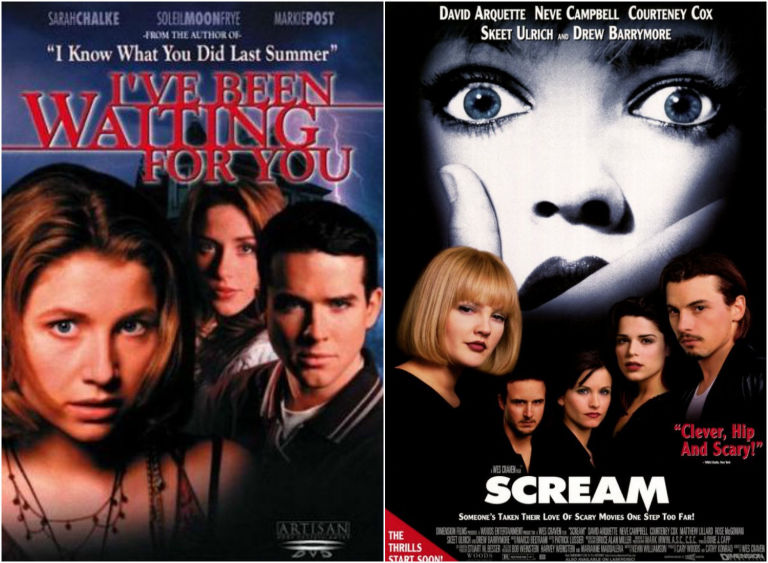 The runaway success of Wes Craven’s Scream spawned a ton of knock-offs of varying quality – from the inventive Urban Legend to the utter nonsense of Cherry Falls – but unlike these others, I’ve Been Waiting For You sunk without trace.

Scrubs‘ Sarah Chalke stars in this straight-to-TV movie that is so cheap-looking the sets appear ready to fall down if anyone breathes too heavily. A group of high-school students are stalked by a black cloaked figure in a crappy Halloween mask bent on revenge. If you took Scream, threw in a bit of The Craft in for good measure and left it to fester until next Halloween, this is the kind of crap you would be left with.

We’d accuse it of jumping on the I Know What You Did Last Summer bandwagon too, except that it explicitly references that in its own poster. 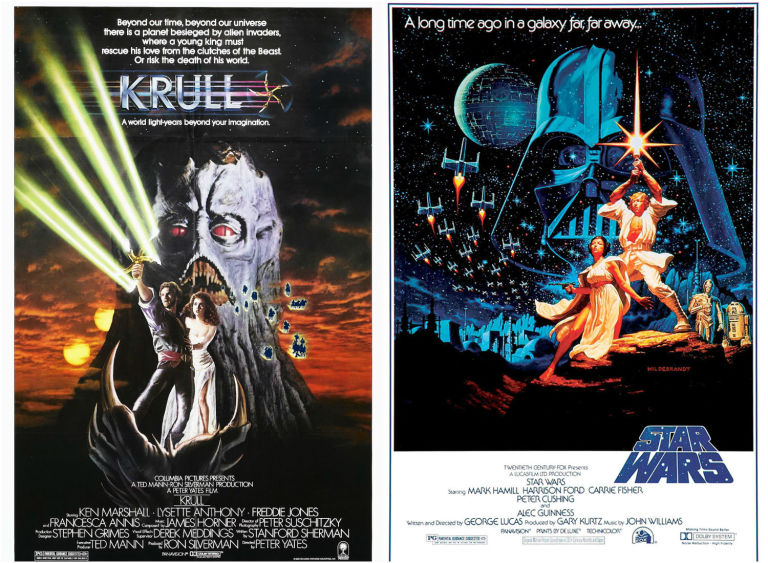 There’s a good argument to be made that Star Wars itself was highly derivative, with George Lucas hopped up on Akira Kurosawa and too many late nights reading Joseph Campbell’s The Hero with a Thousand Faces. We’re not questioning the quality of A New Hope, but anything trying to copy its formula too closely is likely to start looking frayed around the edges.

Take for example the delightfully nutty Krull, a kind of science fiction/fantasy mash-up with a very familiar cast: the wizened mentor, the naive hero, the captured princess and a band of merry rogues.

We have to take our hats off to the crazy concepts like a cyclops doomed to know the time of his own death, a woman with the descriptive name “The Widow of the Web”, a powerful throwing weapon called The Glaive that is manifestly not a glaive in any way – but the execution was flat and its inspiration too obvious. Krull flopped hard.

7. Divergent (aka Not The Hunger Games) 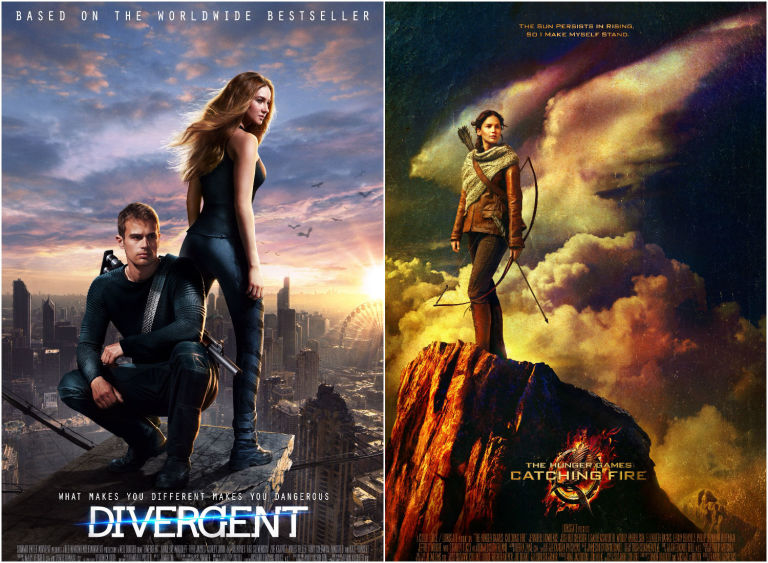 To be fair, the Shailene Woodley-starring Hunger Games-a-like franchise began as a huge hit, despite yet another convoluted plotline about a dystopian future in which teenagers sort themselves by their chief attributes into factions with highly confusing names.

But Lionsgate was too excited about having a second Hunger Games on their hands and rushed out a load of sequels with diminishing returns, to the point where it doesn’t look like the series will even have a conclusion. Maybe it was the batshit storyline. Or maybe they just ran out of words to rhyme with “divergent” (Allegiant? Emergent? Detergent?) 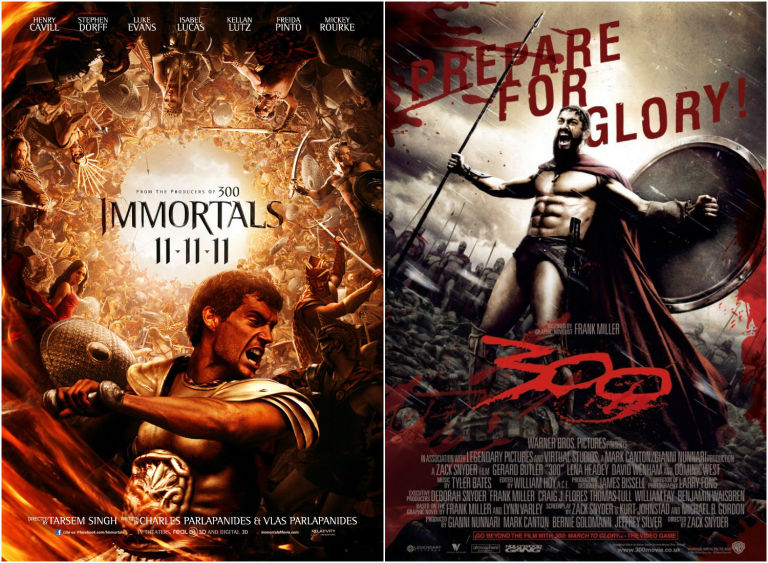 If there’s a perfect example of Zack Snyder’s style-over-substance filmmaking, it’s the two-hour long, slow-motion advert that is 300. But it had a certain flair that kept us watching (or maybe it was just the mountains of shining man-flesh on display in every scene).

Director Tarsem Singh is similarly known for rubbish films that look great, and there’s no hiding the main influence on his 2011 film Immortals (which stars Snyder’s future Superman Henry Cavill). The slow-motion action, the washed-out, golden colour scheme, the minimal plotting – and did we mention it comes “from the producers of 300″?

Unlike the former – though very much like the sequel, 300: Rise of an Empire – Immortals was fated by the gods to sink into obscurity.

Call of Duty: Black Ops 4 may have a battle royale mode instead of a campaign

Terraria spin-off Otherworld has been cancelled