Lonely Lodge, the Motel, Tomato Town, Noms and Durrr Burger have all gone, but what’s happening to Fortnite’s map as portals eat it?

Rifts continue to lightly ravage the Fortnite map. The Fortnite rift locations so far have been Lonely Lodge, the Motel, Tomato Town, Noms and Durrr Burger. All have had bits claimed by the glowing portals, with a new one currently sat patiently on the side of Snobby Shores mountain.

But what does it mean for Fortnite season 5? Is this new portal going to add anything to Fortnite ahead of season 4’s close? Whatever happens, here are all the Fortnite rift locations we know about, and we’ll update it as new changes appear. 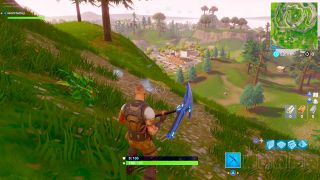 A new twist in the Fortnite rift saga: this portal on the side of the mountain near Snobby Shores. Unlike the previous 5 (Lonely Lodge, Motel, Tomato Town, Noms and Durrr Burger) this isn’t on anything. It’s just sitting there. Given the previous rifts’ habit of appearing on things and then taking them, is this going to produce something? Datamining has found all of the vanished signs as new models in the game suggesting they could maybe get coughed back up again?

Bye Durrr, you were a good soldier. pic.twitter.com/sRw5BDbS5I

Durrr Burger is the latest Fortnite rift casualty, snuffed out of existance at 11PM BST / 6PM EDT / 3PM PDT on July 5. That apparently confirms the hourly progression of the portals – each night whatever happened happens an hour later. 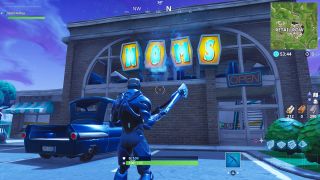 Noms in Retail Row has now gone. The portal had been there for 24hrs and then this happened:

That was at 10PM BST / 5PM EDT / 2PM PDT and the pattern seems to be that the next portal does its thing an hour later each day. 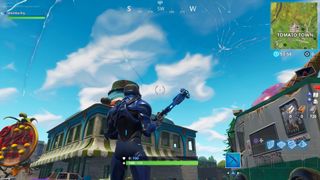 The portal currently pulsing in Tomato Town is the only rift that hasn’t eaten a sign specifically so far. But it has taken the thing that gave the place its name. Whatever these things are, they’re slowly taking away the marks that identify areas and places on the map. 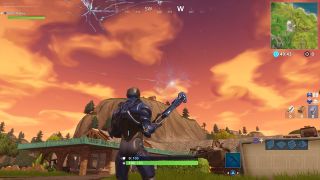 The motel sign has long gone but the rift is currently still there. Those Fortnite portals really love the signs and they seem to be stripping away the identifying parts of several locations. 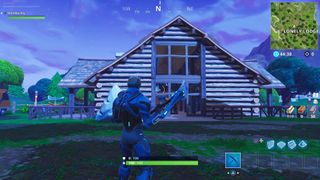 The first Fortnite portal appeared over the sign at Lonely Lodge and soon ate it. This is what it looked like as it was happening:

A portal/rift of some sort has appeared at the entrance of Lonely Lodge… pic.twitter.com/2Twma3GVBL

The sign disappeared entirely, and the rift soon after. It looks like these Fortnite portals appear for a while, devour whatever they’re over and then close up. 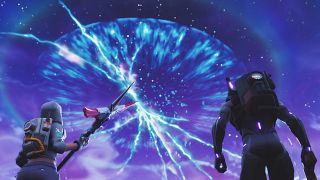 Kind of hard to miss this one. After the rocket fired in Fortnite, a series of portals seem to catch it and jump it all around the map, ending in this cataclysmic tear in the sky. It’s growing too with those jagged lines slowly stretching away from the original start and down towards the ground.

Call of Duty: Black Ops 4 may have a battle royale mode instead of a campaign