As the year comes to a close and we start to look ahead to the new games of 2019, it’s important to remember that we’ve still got some heavy-hitting games set to debut before January. Super Smash Bros. Ultimate will be the de facto fighting game for the holidays, Just Cause 4 is offering up plenty of open-world chaos, and Artifact has card-floppers all a-flutter. Whatever your platform of choice, from your favorite console to the best gaming laptop, there are some excellent games still to go before the dust settles on 2018. We’ve gone ahead and collected the standouts for your viewing pleasure; browse our selections, all ordered by release date, and see what you need to keep an eye on. 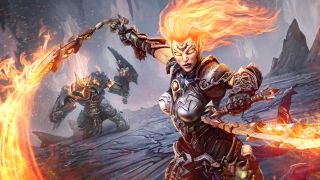 First there was War, then Death, and now Fury is the next Horseman (or more accurately, Horsewoman) of the Apocalypse to star in her own fantastical action adventure. The Darksiders series is famous for essentially being a blood-soaked, bone-crunching take on The Legend of Zelda’s open-world exploration with a dash of Devil May Cry combat mixed in, full of ridiculously proportioned (but undoubtedly cool-looking) character designs by cult favorite comic artist Joe Madureira. Darksiders 3‘s leading lady Fury is more magic-focused than her compatriots, and wields a spiky whip as her signature weapon. You’ll be cutting down swaths of demons across the ruins of post-Biblical-apocalypse Earth, fighting back against hellish embodiments of the Seven Deadly Sins themselves. 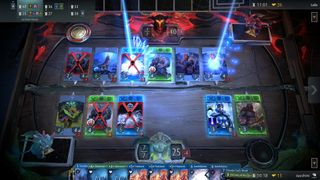 Valve is finally making games again, starting with Artifact, the studio’s first foray into the card game genre. Featuring the many heroes, minions, and items of team brawler Dota 2 (which still tops Steam’s most-played charts daily), Artifact plays like a cross between Hearthstone and the three-lane battlefields typical of most MOBAs. Minions spawn, towers must be taken down, and five heroes on each side fight for victory – all via cards played during rapid-fire turns. Beyond some gorgeous art and Valve’s exemplary levels of polish, Artifact has some amazing things going for it: the design team is being led by none other than Richard Garfield, the creator of Magic: The Gathering, and unlike Hearthstone, players can actually trade and sell cards via the Steam Community Market. Interestingly, it’s also one of the few digital TCGs that will not be free-to-play, requiring a $20 upfront cost before you even think about buying card packs. 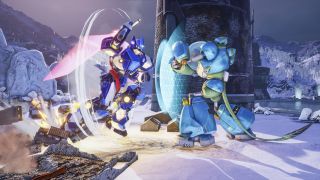 From Gundam to Pacific Rim, Power Rangers to Big O, there’s something inherently appealing about the power fantasy of suiting up as the pilot of a skyscraper-sized mech. Override perfectly taps into our obsession with giant robots, featuring two to four massive mechs duking it out in destructible cityscapes. Its behind-the-back, third-person camera and speedy movement evokes cult classics like War of the Monsters, Virtual On, and Armored Core, while the roster is already nice and varied when it comes to designs and fighting styles. A story campaign lets you take a break from beating up ‘bots in multiplayer to lay the smackdown on some freaky aliens. And best of all, there’s a mode that lets you live out your lifelong Megazord dreams: four players teaming up to control one mech, where a lack of coordination will lead to (likely hilarious) city-demolishing chaos. 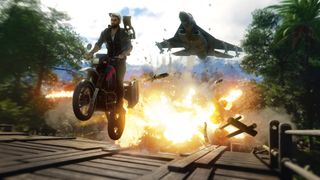 Rico Rodriguez returns to wreak more open-world, physics-based havoc, this time in the South American wilderness of the fictional Solis. Just Cause 4 still has the frenetic third-person action you know and love, grappling hook and all, but the biggest addition this time around is an extreme weather system that tears up the environment as often as you do.  Giant twisters and severe storms cause even more chaos in a firefight, and you’ll also get the chance to run wild in arid and snowy biomes in addition to the South American jungle. 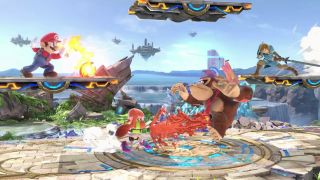 The gang’s all here. Super Smash Bros. Ultimate brings the series to Nintendo Switch in a big way by including every playable character from the series’ history in its massive roster. In addition to all the old fighters, exciting newcomers like fan-favorite Ridley, Simon Belmont, and King K. Rool are joining the fray. The pace of the matches has been tweaked to be even faster, most notably in the Final Smash attacks which have all been reworked to get you back into the action as quickly as possible. And just about every character has been tweaked, refined, or slightly rebalanced in some way, so it’ll be fascinating to see how your favorite character from Smash games past plays this time around. 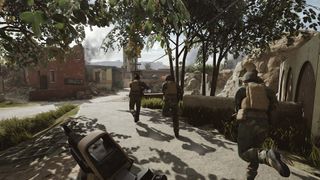 For a certain subset of shooter fans, hardcore simulation games like Arma 3 represent the pinnacle of the genre, giving you almost zero in-game information to recreate all the uncertainties of actual combat. Insurgency: Sandstorm is an FPS in that same vein – the sequel to a cult classic Source mod, now done up in Unreal Engine 4. Minimalism is the name of the game in this tactical shooter: there’s barely any HUD, and no hit markers or kill indicators to speak of, so you’ll often have to confirm that an enemy is down with your own two eyes. Bullets are also extremely lethal, so quick burst fire will often be fatal. Whether you’re playing head-to-head or co-op against AI-controlled militia, Insurgency: Sandstorm’s multiplayer firefights will put you in a constant state of high alert, which is exactly what some players are looking for. 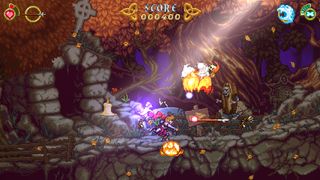 If Ghouls ‘n’ Ghosts swapped out Arthur and his heart-emblazoned boxers for a heroic, 7-year-old girl, it’d be Battle Princess Madelyn, a loving tribute to Capcom’s legendarily difficult 2D platformers. This spiritual successor has a heartwarming origin, as the lead developer is essentially making the game for his young daughter by featuring her as the protagonist (and taking diligent notes on her feedback and art direction). All the old-school tuning is spot-on, from the imaginative, pixelated monster designs, to way Madelyn double-jumps in a set arc, to the optional scanlines for that classic arcade feel. And with its scaleable difficulty, Battle Princess Madelyn should be way more accessible for anyone who didn’t have to take their lumps during the 16-bit era.