‘There are no good guys’

The trailer for season five of The 100 is finally here and time has moved on.

With the show undertaking a six year time leap at the end of season four, things have changed massively for Clarke (Eliza Taylor) and the rest of the survivors.

Clarke is now raising a nightblood girl named Madi (Lola Flanery) and is desperate to keep her safe at all costs.

Octavia (Marie Avgeropoulos) is having trouble ruling over the survivors in the bunker and unite ‘Onekru’.

But it appears Bellamy, Raven and the rest if the crew in space have managed to survive the past six years, but they’ve not yet made it back to earth to find Clarke.

The trailer also gives us an exciting first look at who’s onboard the mysterious prison ship we saw at the end of season four — and let’s just say they don’t look like the friendliest bunch. 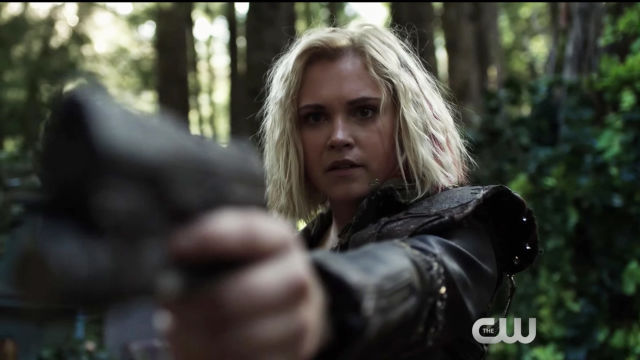 Having jumped forward in time six years, showrunner Jason Rothenberg previously teased that the new series acts as a “reboot” for the show, with the prisoners taking over the role of the 100.

“In some really cool ways, it’s a rebooting of the entire story,” Rothenberg revealed last May.

“Now Clarke is the Grounder, and these prisoners are the 100. We screw with people’s perspectives. 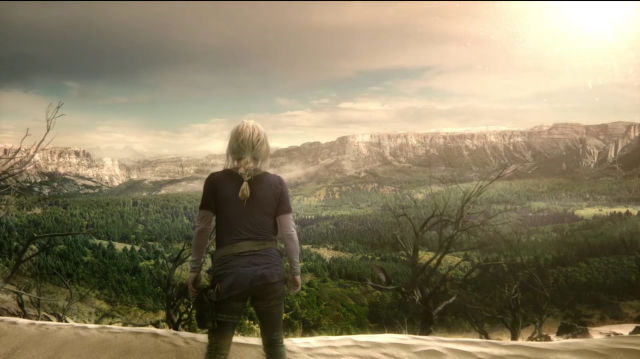 “Of course, the prisoners are going to start as antagonists, but we’ll probably dimensionalise them as we do with all of our bad guys.” 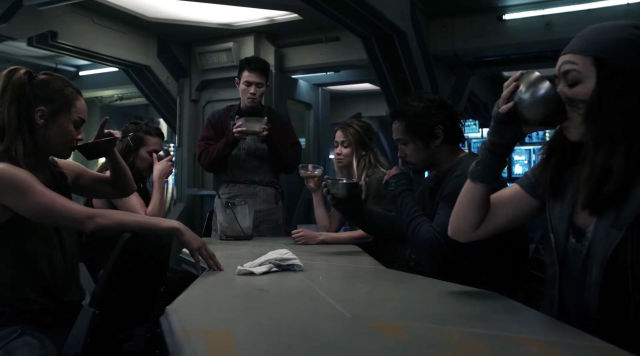