Users were asked who would they rather hit Rihanna or Brown.

Snapchat is publicly apologising for accepting a third-party advert that mocked Chris Brown’s domestic violence against Rihanna, after being called out directly by the ‘Work’ singer.

Various Snapchat users have reported seeing an animated advert pop up in recent days, prompting them to either “slap Rihanna” or “punch Chris Brown” — seemingly in reference to Brown pleading guilty to felony assault for attacking his ex-girlfriend in 2009. 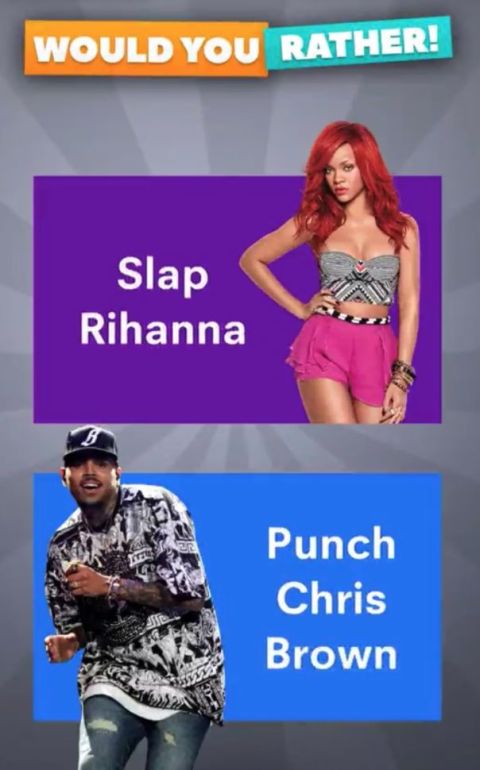 The inflammatory advert drew lots of complaints, including one from Rihanna. The 30-year-old Bajan pop star shared a statement on Instagram, in which she shamed the social media giant.

“Now SNAPCHAT I know you already know you ain’t my fav app out there! But I’m just trying to figure out what the point was with this mess,” she wrote. “I’d love to call it ignorance, but I know you ain’t that dumb.

“You spent money to animate something that would intentionally bring shame to DV [domestic violence] victims and made a joke of it.

“This isn’t about my personal feelings, cause I don’t have much of them, but all the women, children and men that have been victims of DV in the past and especially the ones who haven’t made it out yet …. you let us down! Shame on you.”

Rihanna also urged her fans to “throw the whole app-oligy away”. 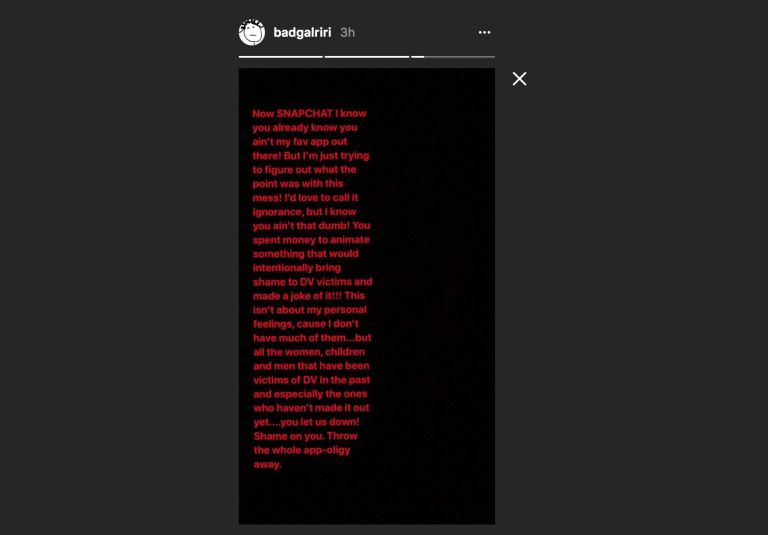 In response to the outrage, a Snapchat spokesperson said: “This advertisement is disgusting and never should have appeared on our service. We are so sorry we made the terrible mistake of allowing it through our review process.

“We are investigating how that happened so that we can make sure it never happens again.”

Chris Brown has expressed his own regrets about his conduct in the past, claiming that he’d contemplated suicide as he weighed the severity of his actions.

Reason why Cypher betrayed everyone in the Matrix