Rockstar opened up the beta today, and it’s packed fill of outlaw goodness

Red Dead Online’s beta is now live for players who own the Ultimate Edition of Red Dead Redemption 2 – although some Xbox One owners are having difficulty – and there are already hundreds of cowboys and cowgirls making their way through the new, online version of the Wild West. You play as an outlaw, wrongly accused of murder and freed from captivity by the mysterious Mrs Jessica Le Clark and her assistant Horley. She has some tasks for you, and so do plenty of other people – including some familiar faces – out on the plains. You can watch the first 17 minutes of the game below to get a sense of your character’s place in this brave new world.

If you’re not one of the lucky few to have access to the beta already, keep reading to find out when it goes live for you. 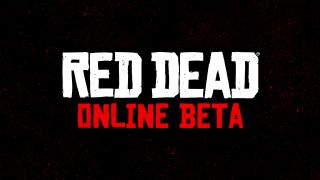 Red Dead Online wasn’t playable as soon as Red Dead Redemption 2 arrived on October 26, instead it’s getting a staggered released – at least for Red Dead Redemption 2 Ultimate Edition owners. This is roughly the same approach Rockstar took to GTA Online, which first arrived a few weeks after GTA 5.

Here’s when you can start playing:

“With the gameplay of Red Dead Redemption 2 as its foundation, Red Dead Online transforms the vast and deeply detailed landscapes, cities, towns and habitats of Red Dead Redemption 2 into a new, living online world ready to be shared by multiple players. Create and customize your character, tailor your abilities to suit your play style and head out into a new frontier full of things to experience,” promises Rockstar.

“Explore the world solo or with friends. Form or join a Posse to ride with up to seven players; gather around the fire at your Camp; head out hunting or fishing; visit bustling towns; battle enemy gangs and attack their hideouts; hunt for treasure; take on missions and interact with familiar characters from across the five states; or fight against other outlaws in both spontaneous skirmishes and pitched set-piece battles; compete with other players or whole Posses in open world challenges and much more.”

Here are the five competitive modes you can access by finding Showdown Series Markers out in the game world – and yes, they are live in the beta now.

Make It Count
“A true test of resourcefulness in two game modes: use nothing but a bow and a handful of arrows or throwing knives to be the last one standing. With a gradually shrinking player area, there’s nowhere to run.”

Most Wanted
“A tactical race to the top. Every kill pushes you up the scoreboard, but watch out: the closer to the top you are, the more points everyone else gets for killing you.”

Hostile Territory
“Work in teams to control the land. Capture a territory to start racking up points: the team with most points wins – or you can win outright by capturing every territory.”

Name your Weapon
“Demonstrate your personal specialty in this free-for-all or team based match: the trickier the weapon you use to land the killing blow, the more points you get.”

Shootout and Team Shootout
“Classic gunfight modes with unlimited lives. Compete to rack up the most kills before the timer runs out. Sudden death will trigger in the event of a tie: whoever gets the first kill wins.”

When Red Dead Online starts you’re given the choice to play as a man or a woman, and then allowed to fiddle with everything from body type to jaw width to age. You can see the process in more detail above, but I speak from experience when I say it’s worth spending a little time in this section just to make sure your outlaw doesn’t end up looking like a sad potato wearing pigtails.

Were still in the very early hours of what looks to be a massive online experience, but so far we’ve rustled horses, delivered packages for a mail man, kidnapped someone’s business associate and gone after some thieves for a man who lost some very nice Staffordshire china. You can watch the very first mission below, but we’re sure there’s plenty more to come.

We’ve also built a camp and tried out some hunting and foraging, and it seems that all those survival side activities you loved in the single player game will live on in the online experience too.

Red Dead Online platforms are PS4 and Xbox One

You’ll be able to play Red Dead Online on both PS4 and Xbox One from launch, the same platforms Rockstar has announced for Red Dead Redemption 2. Both games (or both components of the same game, depending on how you look at it) may someday arrive on PC but it’s far from guaranteed. The original Red Dead Redemption and its online counterpart never made it onto PC, though GTA 5 did. 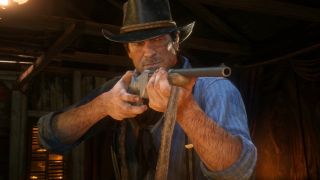 Rockstar says Red Dead Online will use Red Dead Redemption 2’s gameplay and world as a “foundation” for creating a new multiplayer experience, building on the ideas present in the original Red Dead Redemption’s multiplayer mode. Red Dead Online will blend “narrative with competitive and cooperative gameplay in fun new ways” and “will be ready to be explored alone or with friends.” Much like the still-vibrant GTA Online, a stream of updates and tweaks will grow the game over time.

Imran Sarwar, director of design at Rockstar North, specified in an interview with IGN that the team is currently focusing on “role-playing and morality” as distinguishing factors from GTA Online: “We want people to settle into their online characters and feel like every activity makes sense for the character, the setting and the time. This should feel intimate and personal while still feeling fun and action-packed from moment to moment.”

The few other specifics we know about Red Dead Online gameplay so far come from its Ultimate Edition bonuses: you’ll have your own camp that you can decorate with different themes; you can collect new horses, guns, and outfits; and there will be some kind of rank system. 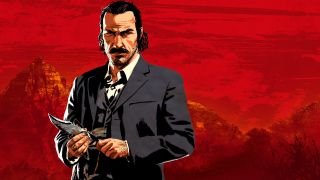 The only way to play Red Dead Online will be to buy a copy of Red Dead Redemption 2. You won’t have to pay anything extra to access Red Dead Online. However, if GTA Online is any indication, Red Dead Online will probably be built with the potential for ample microtransactions. Whether we end up with flying horses and massive subterranean lairs after a few years of updates remains to be seen.

Red Dead Online players can get bonuses from GTA Online 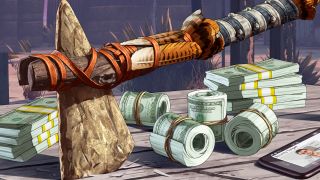 Here are the best Warhammer games on PC