With Christmas edging ever closer I think we all know the kind of present we hope will be waiting under the metaphorical tree: an official Dragon Age 4 announcement. So far all we’ve got is hints and vague suggestions that there’s something Dragon-Age-shaped to come, with multiple members of Bioware’s team tweeting or talking about the “future” of their franchises. Just say Dragon Age 4 is coming already! Our prayers might be about to be answered as a recent post from Bioware’s blog has a brief section dedicated to – get this – “some secret Dragon Age stuff.”

Casey Hudson, general manager at Bioware, writes that “If you’ve been following these blogs, or myself and Mark Darrah on Twitter, you know we’re also working on some secret Dragon Age stuff.  Dragon Age is an incredibly important franchise in our studio, and we’re excited to continue its legacy.  Look for more on this in the coming month (though I won’t tell you where to look…).”

Many are theorising that this means we’ll be getting a Dragon Age 4 announcement at The Game Awards, as a recent tweet from Geoff Keighley has confirmed that Hudson is going to make an appearance at the ceremony.

I’m excited to welcome @CaseyDHudson back to #TheGameAwards next Thursday night to world premiere a brand new look at @anthemgame pic.twitter.com/MPlAVvwoN7

Aaand I think we all know – or at least we definitely hope we know – what he’s going to say. Come on, Hudson, give us a Dragon Age 4 announcement! We’ll just have to wait until December 6 to find out what he’s got in store for us, but the end (of waiting) could be nigh…

According to Casey Hudson, news is definitely on the way

A while back more news comes via Hudson. Speaking to GameInformer, Hudson said that the team is “still trying to figure out what the next Dragon Age will look like”. But don’t worry: gossip of a new Dragon Age game have been circling for a while, and even though BioWare is busy with Anthem right now, it’s nice to see EA actually confirm Dragon Age 4 is a thing. Mark Darrah, executive producer on the entire Dragon Age series, and Anthem too, tweeted out that a new Dragon Age game is in development.

Halfway through my trip to Barcelona!
I’m here showing Anthem internally to EA. I am EP of BOTH DA and Anthem working with @Bio_Warner as Game Director
Anthem’s up next but there are people hard at work on both franchises and I look forward to sharing more in the future

It seems that Anthem is the current priority for the team, but there’s definitely work happening on a new Dragon Age. Whether it’s actually called Dragon Age 4 when it’s eventually revealed is another matter entirely; we’re just happy it’s en route. Hudson elaborated on the game a little more, saying that the title will be “story and character focused”, with its ‘live’ element more akin to something like Assassin’s Creed Origins than Destiny 2.

Reading lots of feedback regarding Dragon Age, and I think you’ll be relieved to see what the team is working on. Story & character focused.

Too early to talk details, but when we talk about “live” it just means designing a game for continued storytelling after the main story.

And that’s despite Mike Laidlaw leaving too. Laidlaw’s been at BioWare for 14 years, but in October he announced he was leaving the company. During his tenure there he’s worked on games like Jade Empire, Mass Effect and, you know, just the entire Dragon Age series, even serving as Creative Director on Dragon Age: Inquisition.

But fear not, just because one of the main guys making Dragon Age 4 has left, it doesn’t spell the end of the series. Laidlaw spoke to a fan on Twitter and confirmed the Dragon Age team already had ideas for a “theoretical” Dragon Age 5.

“There is no planned ending for DA,” he said, in response to a question asking if the fantasy role-playing series once had a set conclusion. “There is an evolving plan that tends to look two games ahead or so.”

There is no planned ending for DA. There is an evolving plan that tends to look 2 games ahead or so. https://t.co/6Tp1lP6d5G

Alexis Kennedy, of Fallen London and Sunless Seas fame, is involved… and TALKING

Although EA Games hasn’t officially announced Dragon Age 4, it’s nice to know that it’s coming. A semi-official reveal came from one of the writers on the game, Alexis Kennedy, who’s comments sparked ‘Dragon Age 4 confirmed’ headlines all over the place. He admitted the game was in its early stages during an interview, where he also gave us a few little hints as to what role he’s had on the writing team.

“What I can say is I have been given considerable autonomy to work on a storyline bit of lore which is well-segregated from other parts of the game, which makes sense with me being remote,” said Kennedy to Eurogamer. Kennedy is based in the UK compared to the rest of the team at BioWare Edmonton.

“And yes, if you’ve seen a lot of my work before you will probably not be surprised by the choice of subject matter. It’s familiar stuff.”

His previous work includes the brilliant Fallen London and Sunless Sea, both choose your own adventure/RPG titles with dark tones. No doubt Kennedy’s input into Dragon Age 4 is going to be of similar ilk.

He didn’t give much else away in his interview, but if Kennedy says the game was in its early stages in May 2017, we’re going to be waiting a while for a Dragon Age 4 release date.

However, Alexis Kennedy has been talking again; this time to VideoGamer.

“I’m going to tease what I can without, I think, annoying anybody,” said Kennedy. “My other half, who is also my co-founder [Lottie Bevan at Weather Factory], said to me a year or two ago ‘AK, are all your games about death?’ and I said ‘Well, kind of’. I’m just a big old goth. And BioWare put me on working on whole chunk of lore and backstory for the faction in the game that you would think of if were thinking big old goth. You know, if you were interested in death.”

He went on to say this particular faction is in a game that “might be Dragon Age with a number after it”. Cheeky.

“I think anybody who knows anything about Dragon Age lore can make some pretty clear deductions from that,” he added.

Until we get our hands on a brand new scaly adventure or receive some official news, I’ve got plenty of ideas as to what the Dragon Age 4 gameplay and story should feature.

Here are the five top things I’ve got on my Dragon Age 4 wishlist:

1. The return of Solas

If you’ve played the excellent Dragon Age: Inquisition Trespasser DLC, you’ll know that it finishes with somewhat of a cliffhanger revolving around the renegade elf, Solas. In case you missed it, the DLC ends with the Inquisitor planning to pull together a new group of allies banded together from outside Orlais and Ferelden in order to track down Solas. He already has a great knowledge of the Inquisition, so that’s why there’s a need for a brand new crew. But depending on whether you’ve chosen to stop or redeem Solas, will no doubt depend on how you tackle the next part of the story.

That just happens not to exist yet… Until Dragon Age 4? Because Trespasser leaves you with such a Solas-focused cliffhanger, there’s little doubt in my mind that Solas is going to be at the centre of the next game.

2. A little jaunt in Tevinter Imperium

That Trespasser cliffhanger also showed a very important moment that could give away the potential setting of Dragon Age 4. The DLC finished with a dagger stabbed right through a map of Tevinter Imperium, which is an area of Dragon Age‘s world of Thedas, right next to Solas’ camp.

You might dismiss that as a wanton whim from me, but Tevinter Imperium just happens to be an area of Thedas that hasn’t yet been explored. Coincidence? I think not. Tevinter is the oldest human country within Thedas and it’s ruled by a powerful magocracy and leaders that are known as the magisters, who are the most powerful mages. If that doesn’t sound like an awesome place to set Dragon Age 4, I don’t know what does.

3. Better connections with our party members 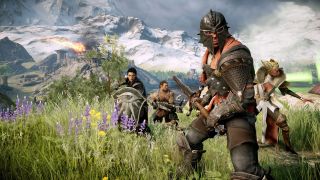 Of course, a lovely world and a worthy foe is all good, but a Dragon Age game would be nothing without the characters you share your journey with. BioWare has such a talent when it comes to building believable and lovable characters that I actually want to be able to make more connections with them in Dragon Age 4.

Mass Effect, BioWare’s other major game (aside from the upcoming Anthem, that is), regularly features loyalty missions that allow you to build a stronger bond with your party members. Mass Effect 2 and Mass Effect Andromeda are both games highlighted for such a feature, and it’s definitely something that would work for Dragon Age 4.

4. More control of how the story flows 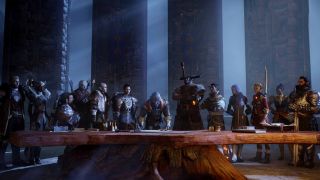 From talking to fellow Dragon Age fans and reading online forums, it’s clear that there’s a demand for gamers to have more control over their destiny in Dragon Age 4. Back in the early days of Dragon Age, the decisions you make and your actions all have consequences. But consequences that actually affect the way the rest of the story pans out.

Like in Mass Effect, early Dragon Age games indicate that your choices make a difference to the game’s story. It isn’t quite Telltale’s ‘they will remember that’ prompt, but it makes you feel as though there is more player agency than there is in more recent Dragon Age. Dragon Age fans – myself included – think that your choices should be given a little more weight for Dragon Age 4.

5. Take a world of inspiration from Inquisition 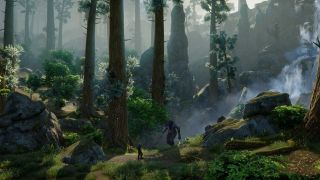 My favourite game in the Dragon Age series so far has to be Inquisition and that’s in part down to its open-world structure. Its blend of exploration, side-quests and expertly crafted immersive narrative leads you through its vast world like a Dragon Age game hasn’t quite pulled off before.

Other Dragon Age games prefer to focus on interconnected hub areas, but for a world as rich as Dragon Age’s it makes more sense to me to continue down the open world route started with Inquisition.