Until two days ago, my interest in Call of Duty: Black Ops 4 was… less than optimal. Treyarch’s decision to forgo a single player campaign and focus exclusively on multiplayer had soured expectations, while July’s multiplayer beta confirmed my fears that this instalment would continue to narrow Call of Duty’s leanings as a very particular subgenre of first-person shooter. With each new game released over the last decade, Activision has increasingly pandered to Call of Duty players at the expense of welcoming new fans, to the point where multiplayer is now a mad, unintelligible rush of bullets and babel, stripped of any real strategy or patience.

You do so much as turn a corner in Black Ops 4’s multiplayer, and you put yourself at a high risk of being instantly killed, which is great for those who like their action delivered fast and frenzied, but not so much for… well, anyone else. It’s why I’ve always preferred shooters like Battlefield 1 or Overwatch, where twitch reflex skills aren’t the only path to winning fights or contributing to the overall war effort, and teamplay is encouraged as much as solo glory hunting.

But then there’s Blackout; Black Ops 4’s battle royale mode in which 80+ players base jump into a massive map and duke it out until a single survivor (or team) is left standing. The beta began this week on PS4, and has so far been received so positively by those who’ve played it, Activision’s stock has already shot up in value. The brokers aren’t wrong, either. Blackout, for all its explicit band wagoning, is exactly the shakeup that Call of Duty needed, opening the franchise up to new possibilities and uncharted waters. 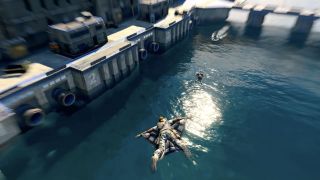 And I mean literally opening up, by the way. Blackout takes the confined spaces and corridors of Call of Duty’s multiplayer and disperses them among a giant canvas, forcing players to adopt completely different strategies to the usual run and gun PvP of old. With the constant backdrop of gunfire gone, the sound of footsteps suddenly becomes way more important, turning stealth (yes, stealth!) into a viable strategy during critical junctures of each match. The new self-healing, weapon pickup, and armour systems lay the foundations for guerrilla warfare-style encounters, where improvised, back-and-forth skirmishes replace the quick, zero-sum fights that often dominate Call of Duty’s traditional multiplayer.

Meanwhile, working in squads of two or more now allows for genuine teamplay, as players devise on-the-go game plans to react to all the different scenarios that naturally occur when 80 odd people are chucked into a confined area. To say Blackout plays less like a Call of Duty game and more like something out of Battlefield is no joke, though the series’ moment-to-moment DNA is still very much persistent throughout. Above anything else, I finally feel like I can breathe and take stock in Call of Duty again, now that there’s space to use skills other than headshots as a way to meaningfully engage in combat.

Given that many of the most popular battle royale games started off as Early Access titles, it’s a pleasant surprise to play one with this level of polish, too. Blackout’s framerate never dips, the gunplay is as smooth and responsive as you’d expect from a Call of Duty game, and vehicles control surprisingly well, considering they’ve never been a major part of the series’ multiplayer in the past. There’s certainly a few chinks in the armour to contend with, such as the slightly sub-par wingsuit controls and inventory management systems, but Treyarch has already got to work at fixing them, which bodes well for Blackout’s future as an evolving experience. 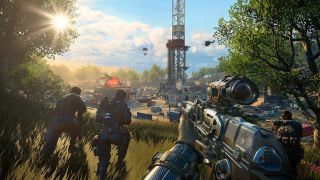 Speaking of, Treyarch’s approach to Blackout’s map design is very, very clever, using locales from Call of Duty’s past to fill up key points of interest with iconic environments and winking easter eggs, which is extra special for those familiar with COD history. You’ll wander into a seemingly random building before suddenly realising that you’ve been here in a previous life (or, rather, a previous game), allowing the muscle memory to kick in as you navigate its halls and rooms as if it were your own home. The same goes for classic musical cues like the Nazi Zombies jingle or the sound of Ray Gun fire in the distance, helping this to feel like a genuine attempt at fan service from the studio, and not just a hastily thrown together cash-in.

Get to da choppa

Blackout is also one of the few big battle royale games to include air vehicles, and while it’s just limited to transport helicopters for the time being, they’re equally smart inclusions for adding new layers to the roguelike deathmatch meta. During one stressful match, I’d accidentally landed miles away from my squad (don’t judge: the kettle had just boiled), and had to run past dozens of enemy teams just to meet back up with them at Rivertown.

A chance find with a helicopter allowed me to make a Macgyver-esque escape amidst cascading crossfire between multiple foes, before wingsuit gliding to my team once enough bullets had set the entire vehicle ablaze. It was the kind of once-in-a-million moment that video games were made for, but the fact that it happened in a Call of Duty game – of all things – is what made it all the more exciting. 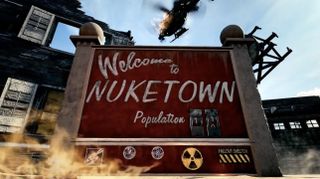 Finally, I have to give props to Blackout’s Death Voice Chat mechanic, which is a fantastic addition, not to mention another returning feature from Call of Duty’s past. Allowing you to hear the last words of your victim through the comms before they die, the system offers both laughs (when catching their final screams of rage) and fear (when you hear them telling their teammates exactly where you are before they hit the dust) in equal measure. I can already see it becoming the source of many a humorous internet clip once Black Ops 4 releases in full next month.

If sacrificing singleplayer was the cost for Blackout’s inclusion to Black Ops 4, it’s a cost that I’m becoming increasingly willing to accept the more I play its beta. Many have likened Blackout to a super polished PUBG, and while they’re not wrong, that label also glosses over some of the smart inversions and additions that Treyarch has brought to battle royale through its Call of Duty-tinted lens. After years of doubling down on the multiplayer design that first made it famous, Blackout has suddenly given Call of Duty a fresh face, one that’s gripping and interesting enough to welcome new players as easily as the old. Who knew that all it took was to imitate – and innovate – on one of the biggest gaming trends of the decade?

Fornite For iOS Is Open To All Players

RAZER PHONE 2 REVIEW: “THE BEST PHONE FOR GAMING… WITH SOME CAVEATS”