Here’s everything we know about the new game

Battlefield 5 is an inevitability. While the name isn’t officially confirmed by EA or DICE, a recent leak pointed to the game’s existence, and suggested it’s heading back to World War 2, just as main rival Call of Duty did with, er, Call of Duty WW2 in 2017. We already know from an EA investor call that a new Battlefield game is coming in 2018. Leaked details suggest that the game is currently being developed by DICE and operating under the codename: Battlefield V (which is the same thing the developer called Battlefield 1, before its unveiling). There’s a load of information in the leak too, giving us details on single player, co-op, and even the dreaded spectre of lootboxes. Yes indeed. Speculation is pointing at an October 2018 Battlefield 5 release date, with a full unveiling before E3 (in a similar fashion to BF1). Here’s what we know so far…

What’s in the Battlefield 5 leak?

According to a leak on the Discord community, which is for YouTuber Drakesden – a prominent Battlefield player, and a source of leaked info in the past – the game is being worked on under the name Battlefield V. It’s likely just placeholder, but if Battlefield does go back to WW2, it’s not outlandish to suggest that it’ll actually be named ‘Battlefield V’. V for victory is a common symbol of World War 2, so it’d fit quite nicely. If it isn’t called Battlefield V, then other options include Battlefield 5 (possible, but if the game is headed to WW2, it’d be unusual for it to be a sequel to Battlefield 4 – something DICE was keen to stress that BF1 isn’t); and Battlefield 2 (quite likely, as this does feel like a straight follow up to Battlefield 1). Or something else entirely.

The leak specifically points to a WW2 setting. While this feels like an odd move for DICE, given how Call of Duty did the same last year, it perhaps makes sense that the franchise is heading back to a time when it was most successful. Perhaps it’s looking to update some of the amazing maps and player stories featured in Battlefields 1942 and 1943. There was a rumour that the next Battlefield game would be Bad Company 3, and would head back to the Vietnam war, but that seems to have lost a little credibility along the way.

What’s the deal with the Battlefield 5 single player campaign?

The leak also mentions single player and a story mode similar to the one in Battlefield 1. Apparently it’ll feature multiple perspectives on the war, taken from soldiers in different theatres of operation – much like BF1. One early report suggested it’d be entirely from the German perspective, but it seems more likely that you’ll play as a German soldier at some point during the campaign (something many hoped for in BF1, actually).

Interestingly, there’s also talk of a co-op mode, which we haven’t seen since Bad Company 2, and that it’ll feature randomly generated Conquest missions for your squad. Previous BF games have pretty much failed to nail pure co-op, probably because multiplayer gameplay has always been so geared towards creating a squad and taking part in larger online battles. Bots and AI just can’t compete with playing real humans online. 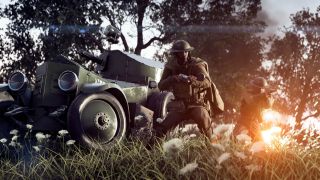 Lootboxes – did you really mention the ‘L’ word?

Yes, afraid so. Apparently there will be Battlefield 5 lootboxes, although they’ll only contain cosmetic items. This is very much in line with how Battlefield 1 works, and DICE is still reeling a little from the response to its other shooter – Star Wars: Battlefront 2 – which was lambasted by critics and the community for its monetisation. The leak also suggests that there will be more than just weapon skins and vehicle types in BF5, which does seem in keeping with a tagline spotted on a development build screenshot that boasts ‘Battlefield V: Welcome to your Battlefield’. Customisation could be key to this game.

Battlefield 5 multiplayer – anything on that?

Very little, actually. Over the past few years DICE has chosen to reveal the latest game’s theme and story mode first, before holding multiplayer details back until later in the year. So the leaker probably hasn’t had access to it at all. However, one snippet of info we do have is that Katherine Kingsley – who does much of the narration and tutorial voice work for Battlefield 1’s multiplayer – is back in the studio working on her next, unnamed gaming project. Hmmmmm… It would make sense to have that kind of consistency between games and bring her voice talents back for the Battlefield 5 multiplayer. 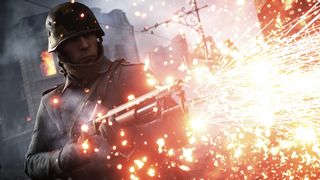 What do we expect from Battlefield 5?

If the WW2 setting is locked in (we’d have preferred Vietnam, by the way) then fair play. BF1 covered WW1, and COD has single-handedly given the FPS community future-shooter fatigue. We’d expect to see campaigns set during the Normandy landings, the siege of Stalingrad, and maybe something like Dunkirk, which is hot in movies but rarely covered in games. Major tank battles like the second battle of El Alamein and Kursk would be perfect for Battlefield too.

Co-op feels a little redundant, but perhaps something more objective-based will work. Variations on Conquest is the most obvious solution, although something rivalling Operations mode in BF1 would be more spectacular. Imagine the battle raging around you while your squad takes each key objective to help push the fight forwards.

Is Battlefield likely to follow almost every other game on the planet, and include a Battle Royale mode? It seems unlikely, because that wouldn’t befit the setting and ethos of the series – this is a squad shooter that rewards team and objective play above pure kills. Still, it’s The Big Thing right now, and that trend shows no sign of slowing, so perhaps DICE will shoehorn something in.

And lootboxes? Yeah, they’ll probably make an appearance, although it’s likely they’ll replace the season pass from BF1, which didn’t prove popular among players. DICE is between a rock and a hard place when it comes to monetisation, because people will complain either way. However, for a game where players demand continual support for 2+ years… the cash has to come from somewhere, and that initial $50-60 just won’t cover it.