As explained in GR’s FIFA 19 review, EA has rung the changes this year in gameplay terms – although sadly Pro Clubs and career mode haven’t been similarly reworked. Still, there’s much to enjoy, and it’s as competitive as ever both online and off. Which is where GR comes in. Below you’ll find help with tactics, new features, and much more besides, across the game’s myriad modes. Perfect for making friend or foe throw their controller across the room in a fit of rage.

1. Timed Finishing is hard – so practice 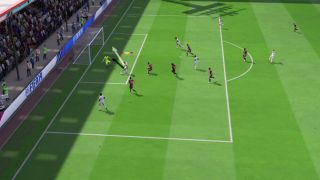 Timed Finishing, which dramatically changes the way you hit a moving ball (or a stationary one, for that matter) is one of the hardest-to-master additions to join the game in years. Pressing shoot as a ball comes in, and then shoot again as it’s released triggers a Timed Finishing shot. Like the pros themselves, the only way to get good is to put some hours in on the training pitch. The Advanced Shooting and Attacking Scenarios Skill Games are godsends for helping you get to grips with the timing, particularly the latter with its emphasis on match-style scenarios. If all else fails, keep the FIFA Trainer on for the first week or so until you get into the, ahem, swing of things.

2. Game Plans are the difference between winning and losing 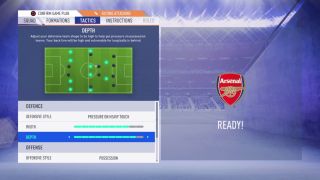 FIFA has taken a leaf out of Pro Evo’s book with Game Plans – and it dramatically changes how you approach (and, crucially, adapt) to each game. Before you even step out onto the pitch, you’re going to want to get waist-deep in the cacophony of choices available to you on the Team Management screen. Tap L2 and you can edit every single aspect of your game. Each flick of the d-pad in game – from Ultra Defensive to Ultra Attacking – can now be tweaked in intricate detail. Want to shut up shop when 1-0 up? Narrow the width of your team considerably and select Drop Back in the formations screen and set it to Defensive for use in-game. Voila. You have five plans for you to use at any time, no matter the situation.

3. There’s no need to invest in pace 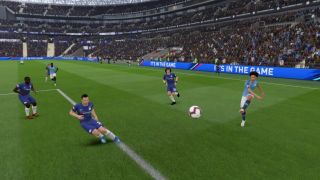 It can be tempting, especially in the first few weeks, to throw all of your hard-earned coins at snapping up some pacey players for your FUT team – especially if you’ve taken advantage of our FIFA 19 web app guide. But, praise be to the EA gods, pace is no longer the be all and end all. Instead, you’d do well to focus on how you want to play. The days of punting an aimless through-ball into the channels for a speedy winger to run on to are all but over, so scour the transfer market for more physical players with sleight-of-foot, especially as the Active Touch System now gives extra focus on those with better dribbling and physical stats than outright pass. That’s not to say pace is toothless this year – it just isn’t as effective as it used to be. 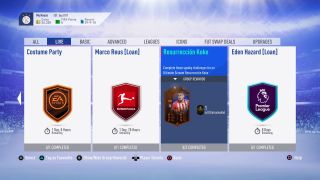 EA has upped the ante this year when it comes to Live SBCs. The series of puzzles which tasks you with buying players to ‘match’ very specific requirements, often arrives in random flurries dotted throughout the week. It can hard to keep track, but doing so can pay off big time in the long run.

FUT has also gone hard on seasonal SBCs and other live events. The Halloween Ultimate Scream event has been and gone, but there’s plenty more where that came from – especially if you want to make some serious coin in FIFA 19.

Marquee Matchups, which sees several SBCs revolving around a big rivalry or crucial match from around the world, is the best way to make money fast. Instead of waiting for that week’s obvious rivalry (snapping up Arsenal and Tottenham players the Friday before they face off might not cut it), you should think further afield.

South American rivalry matches, or even the likes of the Danish and Swiss leagues are well worth keeping an eye on weeks in advance. Buy players from big teams in those divisions for peanuts now and watch the money roll in come the week they face off. It’s not an exact science, and carries a big risk/reward warning with it, but you’ll eventually get the hang of it after a few tries.

Plus, for a guaranteed profit, start stocking up on Irish players now for the inevitable St. Patrick’s Day event in March. You could wind up making millions in minutes if you play (and buy) your cards right.

5. Get a second FUT squad ASAP 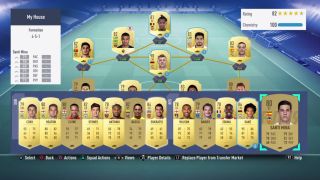 Want to get the edge in the early days of Ultimate Team? Get those coin boosts bought and play Single Player games until you have enough to buy a second basic gold squad. Now, you’ll never have to worry about fitness cards again. Place your first-team squad on the bench and reserves of your second squad and vice-versa. Then, alternate between playing online with your first XI and offline with the second-string squad, and you’ll find that no one’s fitness will ever drop. It’s the perfect foundation for you to build up some coins early doors without having to worry about taking morale (and fitness) sapping losses. 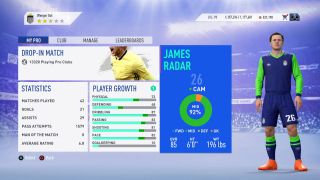 Adjusting both your height and weight, as well as piling points into attribute upgrades, can make a big difference to your Pro Clubs pro, However there’s a little-known optimum middle ground, one where you don’t miss out on pace and power.

To find it, set your pro to 6 foot and 194 lbs. Unless you want to play as a small speedster or towering target man, doing so will strike the right balance between having enough pace to race out of the blocks, but also make your pro equally adept winning the ball in a 50/50 tussle. Weirdly, tweaking it any other way – smaller, lighter, heavier, or taller – can cause wild swings in attribute values.

7. Know which Pro Clubs traits to unlock (and avoid) 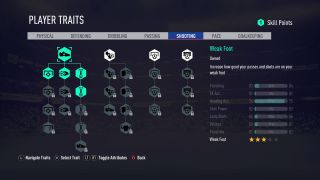 Pro Clubs skill points, which enable you to ‘buy’ boosts and traits for your pro, are easily spent – though it pays to put some thought into where exactly you want to put your points.

There are several effectively worthless trait categories that should be swerved: they include most of the penalty and free kick accuracy trees, plus the volley category. These will build up naturally through gameplay and are too tied to match-specific situations to make them worthwhile.

Instead, you’d do well to spend much of your early skill points into the Dribbling series of traits and trees. Upping your agility, dribbling, skill moves, and ball control means you’ll be a forced to be reckoned with in possession and, crucially, immediately in control upon receiving the ball. 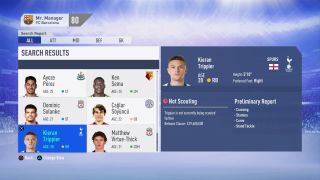 How does snapping up Kieran Trippier for under £30m, Diego Dalot for £8.4m, and Reece Oxford for a smidgen over £3m sound? Better yet, you won’t have to throw down the gauntlet in negotiations – these are all release clauses.

In a new feature that’s tucked away in the Career Mode menus, you can now search players that have release clauses in their contracts. To do so, go to the Transfers menu, then Search Players. From there, head over to the Transfer Status tile and scroll through the options until you see Release Clause. You can then comb through the leagues and find yourselves some ludicrous bargains for a minimal amount of work. 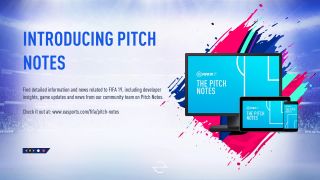 There may be plenty of action on the pitch, but you also should start paying close attention to what happens off it. EA’s Pitch Notes page is a resource which needs to be bookmarked and constantly referred back to. Why? Because you’ll be able to get a handle on the new buffs, nerfs, and other changes before anyone else – especially console players thanks to its staggered update release windows on Xbox One and PS4.

The most recent update as of writing, for example, has toned down bicycle kicks considerably, with players of only an Agility rating of 80 or higher being able to pull off the gravity-defying moves. If you know about all of this beforehand, you’ll be able to plan accordingly – upgrade your Pro, buy a different set of players in FUT, and so on – and the changes are only going to keep on coming. Stick a pin in the Pitch Notes and keep coming back to them. It’s an invaluable resource to help get minimal gains, and can be the difference between winning and losing.

Published interesting facts about the creation of Half-Life 2